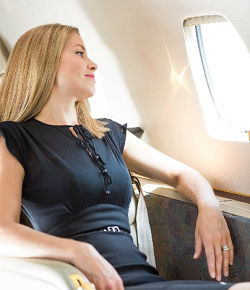 Not only is a quiet airplane more comfortable during flight, noise levels also have a significant impact on post-flight fatigue.

Over the last few decades, the medical profession has produced a number of studies that show the relationship between noise and the human body’s stress hormones. The general conclusion is fairly obvious – more noise equals more stress. Since traveling through the air at high speeds invariably exposes the body to certain noise levels, we wanted to take a closer look at this relationship.

While many of us associate air travel with stress and anxiety, cabin sound levels are generally not the first thing that comes to mind in this context. There are plenty of other issues to deal with, especially on a commercial flight. First there is the planning, packing and logistics prior to the arrival at the airport. Then there is the gauntlet of hurdles the airline passenger encounters at the terminal – from parking, shuttles, check-in, unexpected fees, and overly intrusive security screenings following a long wait in line. Already slightly annoyed at this point, the patient traveler is then herded into an ergonomically inadequate seat designed to boost airline profits by squeezing more passengers tighter and tighter together.

On the other hand, for those with the means, traveling privately has become the only way to go without starting every trip off on the wrong foot. Start with a nice drink or snack in an upscale lounge, avoid security lines, take off within minutes of arrival on an aircraft of your choice, and basically begin your vacation with the travel instead of simply surviving it.

However, in both commercial and many private settings, the noise levels passengers are exposed to in flight go regrettably unnoticed. This can seem like a minor issue, until we spend a little more time analyzing it. Stephan Wilkinson wrote an interesting article on this topic a while ago in Britain’s Pilot Magazine, where he suggested a little experiment:

Next time you drive to the airport, tune it to a station that provides a well-modulated level of sound (chamber music, easy-listening pops or speech rather than heavy metal). Adjust the volume to a pleasing level. When you park and shut off the radio, don’t touch the volume control.

Go fly for a couple of hours, and when you drive home, turn the radio back on and see how much added volume you need to achieve a comfortable listening level. You might be surprised! Now note the new setting. Particularly when you go out the next morning, turn the radio on to that setting for your daily commute to work and hear how loud it now sounds.

What you’re seeing is temporary hearing damage, and then the recovery. What you’ve experienced, however, is a cumulative assault on the cilia of your inner ear – the tiny hairlike cells that vibrate in response to sound energy and communicate that sound to the brain. Excessive noise eventually wears them out permanently.

Another important point Wilkinson makes is that part of the damaging effects of in-flight noise stem from its consistency – our ears are constantly attacked on the same frequencies; it is like hammering away at the same exact spot for hours. This consistency not only amplifies the problem, it also makes the damage harder to detect – we almost stop noticing the noise after a while, and the flight seems reasonably comfortable.

Since the cabin sound levels usually do not bother us that much, it is difficult to make the connection between noise on the flight and the fatigue that follows it. Altitude and lack of humidity cannot be ignored as leading factors of post flight fatigue, and there is not much we can do about them. However, we do have ways to control the effects of noise.

Pilots and aviation professionals are well aware of this issue and usually take protective measures. Noise cancelling headsets and earplugs mitigate the problem, but may not be an option if you are trying to have a conversation on the flight. This is where cabin insulation can help.

An insulation kit (“Cabin Comfort System”) reduces the overall noise levels in the aircraft cabin. Before the kit is installed, an acoustic analysis is often performed to determine the right treatment for every one of these noise sources. The reduction in sound levels that can be achieved depends on a number of factors, including the materials used in the aircraft interior, but in general we see reductions anywhere from 5 – 10 dB SIL (see Aircraft Insulation Basics for more details on measuring and evaluating cabin sound levels).

Insulation treatment in an aircraft cabin not only makes for a more pleasant and productive flight, it also helps you to have the energy and focus you need when you arrive at your destination.

Dear customers and vendors – due to a widespread service disruption in our area our company phones are currently not working. Please email us at info@luminary.aero with a callback number and we will get back to you as quickly as possible. 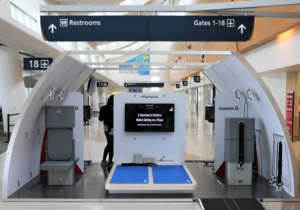